Edward Dean, for his dedicated service and advocacy for cemeteries throughout Maryland’s Eastern Shore. 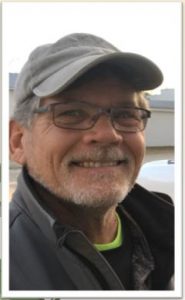 For the past sixteen months Eddie Dean has aggressively advocated for cemeteries on Maryland’s Eastern Shore. In both Wicomico and Dorchester Counties he has cleaned up nine cemeteries and accumulated more than 600 volunteer hours with a total of twelve different projects.

His most recent cemetery project was advocating and being the voice for the Houston Cemetery in Salisbury Maryland where he single-handedly took on the town of Salisbury and force them to stop a well-intentioned Boy Scout project from damaging and altering an African American Cemetery that was not owned by the city.

Most recently, Eddie has organized and established the Lower Shore Cemetery Preservation Organization which is a 501(c)3 to help in his efforts to preserve and protect Maryland Burial Sites on the Eastern Shore. 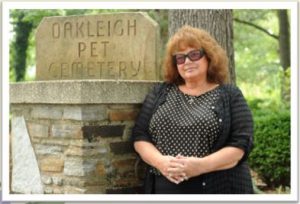 Cynthia, a resident of Baltimore County, has been working as a tireless volunteer to restore The Oakleigh Pet Cemetery for the past 11 years. There are approximately 38,000 pets buried here with the oldest grave dating back to 1936, long before the surrounding community was established and surrounding roads were paved. Due to a family situation, she was unable to care for the cemetery for several years. The cemetery was horribly overgrown in 2018 when I first became aware of her efforts. She has created a Facebook page called Help Save and Preserve The Oakleigh Pet Cemetery. She has recruited volunteers, taken on an uncaring community, and challenged a local politician trying to rezone the property. She has worked hard and used her own finances. She has paid for dumpsters, had local professional tree and landscaping work done, had trash removed, had bags and bags of leaves collected from the heavily treed site, had concrete walls repaired, and has held cemetery cleanups. She added ground cover to reduce the need for mowing. The local community has benefited from her efforts. The owner of the cemetery has not paid taxes or fines for its upkeep and it has gone to tax sale several times. Cindy is working with a potential buyer hoping to renovate a house on the property for a live-in caretaker to maintain the property and expand the potential for additional burials. 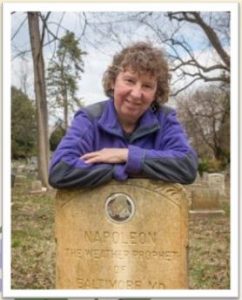 Julianne Mangin, of Montgomery County, has spent years researching the recorded history and burials at Aspin Hill Memorial Park. As the cemetery’s ambassador, she has worked with the Coalition, Montgomery County’s Planning Department, and the Humane Society to make information known about the cemetery’s condition and its important occupants—upwards of 55,000 pets and at least 50 humans—who are buried there. Most recently, she gained exclusive access to archival burial records which will help the community understand more about this property.

Julianne has documented the deterioration at the cemetery as well as noted issues that have arisen from improper permitting and destruction of graves. She is currently involved with the issues relating to planned construction at the site. She visits the cemetery regularly and continuously monitors its activities and is very deserving of the Coalition’s Periwinkle Award.

You may watch the presentations of these awards held during our virtual conference in 2021.