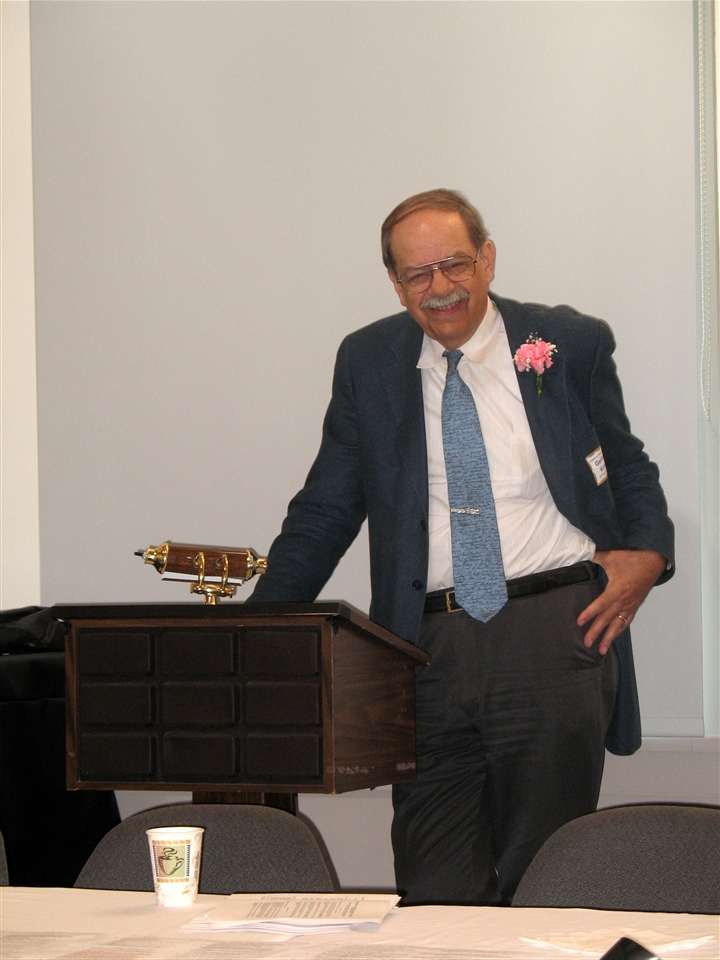 Born in Grand Falls, Newfoundland, Mr. Kraske was the youngest of eight children. His parents, Wilhelm Gustav Herman Kraske, a World War I veteran in France, and Clara Kraske, a homemaker and community worker, moved around frequently because of his father’s paper mill supervisory position.

The family eventually settled in Rumford, Maine, where Mr. Kraske graduated from Stephens High School in 1956.

Upon graduating from the University of Maine with an engineering science degree in 1961, Mr. Kraske was hired as an electrical engineer at Westinghouse in Baltimore. There, Mr. Kraske worked on radar systems, satellites and the B-1 bomber. By the time he retired in 2007, Westinghouse had been absorbed into Northrop Grumman Corp.

He met his eventual wife, Barbara Ann Manger, when he asked her to dance at the Cromwell Bridge Holiday Inn in 1966. That same year the two were married. The two had three children. “His friends were all intimidated by a pretty blond woman. He didn’t have any problem approaching her. That’s how the relationship got started,” said their son, Wolfgang Kraske. “They shared a lot of interests, including the Baltimore Colts. That became a common thread of interest.”

In addition to football, the couple shared many common interests, including the U.S. military, U.S. history, documentaries and books. The two would often spend anniversaries at battlefields and historic parks.

They visited Gettysburg a number of times, according to their son.

“History was an important thing to him and my mother,” he said. “She was a history teacher. He learned more about history from my mother. She was always more emotional about that. That’s why they got along.”

The two were also active members of the Mt. Vernon Ladies Association, which repaired, reconstructed and landscaped George Washington’s home.

Mr. Kraske also was involved in the lives of his children, participating in Howard County Youth Program football and cheerleading. In addition, he was a booster for the Liberty Belles Drum and Baton Crops. Other activities included playing board games, hiking, sightseeing, bicycling and swimming in the family pool.

Mr. Kraske spent about two decades working with the Coalition to Protect Maryland Burial Sites Inc. He was also very passionate about learning more about — and preserving — the history of Howard County, where he lived.

“He wanted to maintain the heritage of the area — the traditional historical areas of Howard County,” his son said. “They also would look in Western Maryland and Baltimore to understand more of my mother’s family tree. They didn’t get to do much in Wisconsin, where his family was from.”

In a Baltimore Sun article in 2008 about a resident’s attempt to protect a small, nearly forgotten cemetery in Columbia, Mr. Kraske was interviewed in his capacity as president of the coalition.

“Most people, unfortunately, don’t have a sense of history, but sometimes they get awakened,” he said. “I see a curiosity in people, but it’s been sort of a hands-off curiosity. They come to us like we’re a multi-million [dollar] nonprofit that can step in and take care of things. You can tell they’re waiting for us to step in.”

Two viewings will be held Monday from 2 p.m. to 4 p.m. and 7 p.m. to 9 p.m. at Slack Funeral Home, P.A., 3871 Old Columbia Pike, Ellicott City. Funeral services will also be held at Slack Funeral Home at 1 p.m. Tuesday with visitation from 1 p.m. to 2 p.m. Interment will take place at Holy Trinity Cemetery. 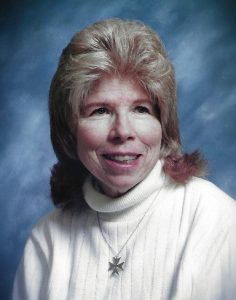 The Coalition to Protect Maryland Burial Sites mourns the passing of our founder, Barbara Sieg, on October 24, 2019.  Early to recognize what she described as the Plight of Historic Burial Sites, Barbara tirelessly worked for more than a quarter-century to protect these endangered and often overlooked historic resources.  Determined to right a significant wrong, she became the Mother of cemetery protection in Maryland.

In the 1980s, as president of St. John’s Community Association in Ellicott City, Barbara learned that Whipps Cemetery, on St. John’s Lane in Howard County, was about to be lost… through indifference, lack of protection, and bulldozers.  She galvanized members of the Whipps family and neighborhood volunteers to clean up the site and call attention to what she described as a moral obligation to honor the resting places of those who came before us.

This experience encouraged Barbara to make contact with other cemetery advocates, initially Ed Taylor in Cumberland and later Jim Trader in Salisbury.  Meetings led to formation of the Coalition to Protect Maryland Burial Sites in 1991 and to begin telling the Whipps story to state legislators.  Initial successes were stronger Maryland laws protecting the rights of descendants and banning desecration of burial sites.  She was also instrumental in convincing Howard County officials to create the first inventory of county cemeteries in the state.

As president of the Coalition, Barbara organized workshops, celebrated Family Remembrance Week, recognized advocates with Periwinkle Awards, and recruited volunteers in other jurisdictions to form partnerships with all age groups.  A Master Gardener, she brought in experts and willing volunteers to make Whipps Garden Cemetery a showcase of preservation and a center of learning.  Her training in Journalism helped her to write testimony, suggest ideas for new burial sites legislation, and articulate the passion that she held for her mission.

Barbara’s decades of work and solid successes earned her admirers, friends, colleagues, and awards.  Her legacy at Whipps Cemetery includes log-lined pathways and plantings of shrubs, trees and flowers, a woodland theater, a preserve for native plants, a place to appreciate history, and a site for community service work and education.  Ferociously protective of all burial sites, in later years Barbara continued to write letters, dispense advice, and work on a book to chronicle her life’s work.

Barbara Sieg’s legacy includes the Coalition Guide to Burial Site Stewardship and the Trader Foundation for Maryland Burial Sites.  Her passion, wisdom, leadership, and tenacity will be missed.

In the early very hot summer of 1991 I received a call from Western Maryland historian Al Feldstein informing me of a lady from Howard County working to protect Maryland burial sites. I made a call to this great lady, and she invited members of the Cumberland Historic Cemetery Organization to attend the first of several meetings near Ellicott City at the Miller Library. Before the end of summer Barbara Sieg had founded the Coalition to Protect Maryland Burial Sites.

After one of the meetings that summer she gave our CHCO members a tour of her wonderful Whipps Cemetery. This historic site is well known to many Coalition members. Without Barbara, this cemetery would have been lost. I have been president of the Cumberland Historic Cemetery Organization since 1983. Out of all the people I have ever known, I believe Barbara Sieg has done more to save Maryland cemeteries than any other person in state history. We will miss her so very much.

Several years ago Barbara and her husband John purchased one of our designed and protected grave monuments from the CHCO. The monument and her grave are located at St. Johns Cemetery near Ellicott City. After several attempts I was able to convince Barbara to please allow us to engrave on the monument a simple line about her founding the Coalition. She was a very humble Soul. What an honor it is for the CHCO to have one of our monuments on the grave of such a great lady, Marylander, and founder of our great Coalition to Protect Maryland Burial Sites. We miss you and love you Barbara, and thank you for everything. May God bless her Soul.