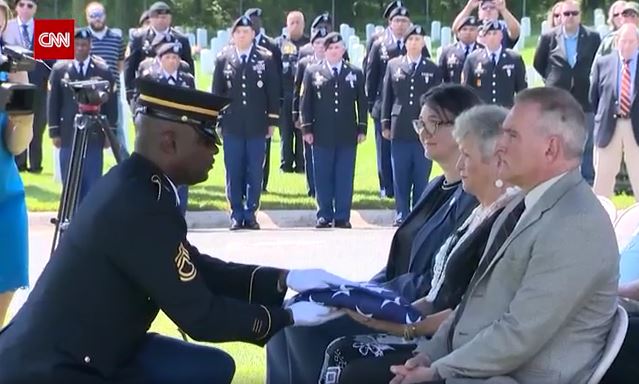 When Dave Fullarton discovered the ashes of former Army Captain Larry Casey, he felt the Vietnam veteran deserved a proper military funeral. But he didn’t want to be the only one to honor him.

The safe and vault repairman from Maryland came across the remains in February when he was cleaning out the house of a close friend who had died. That friend, he said, turned out to have been best friends with Casey.

“I decided to contact the Baltimore National Cemetery to ask for some guidance,” he told CNN. “All we had was a box of ashes and some photographs.”

Neither Fullarton nor his late friend’s family had ever met Casey, who died in 2002. They did not know if he had any surviving family members.

As the cemetery made arrangements for a full military burial on May 15, Fullarton posted on social media inviting people to pay their respects. Many joined his search and managed to track down Casey’s widow, who lives in Georgia, and his daughter, who lives in Texas. Both women flew out on less than a day’s notice to attend the burial.

Read the entire story on CNN.